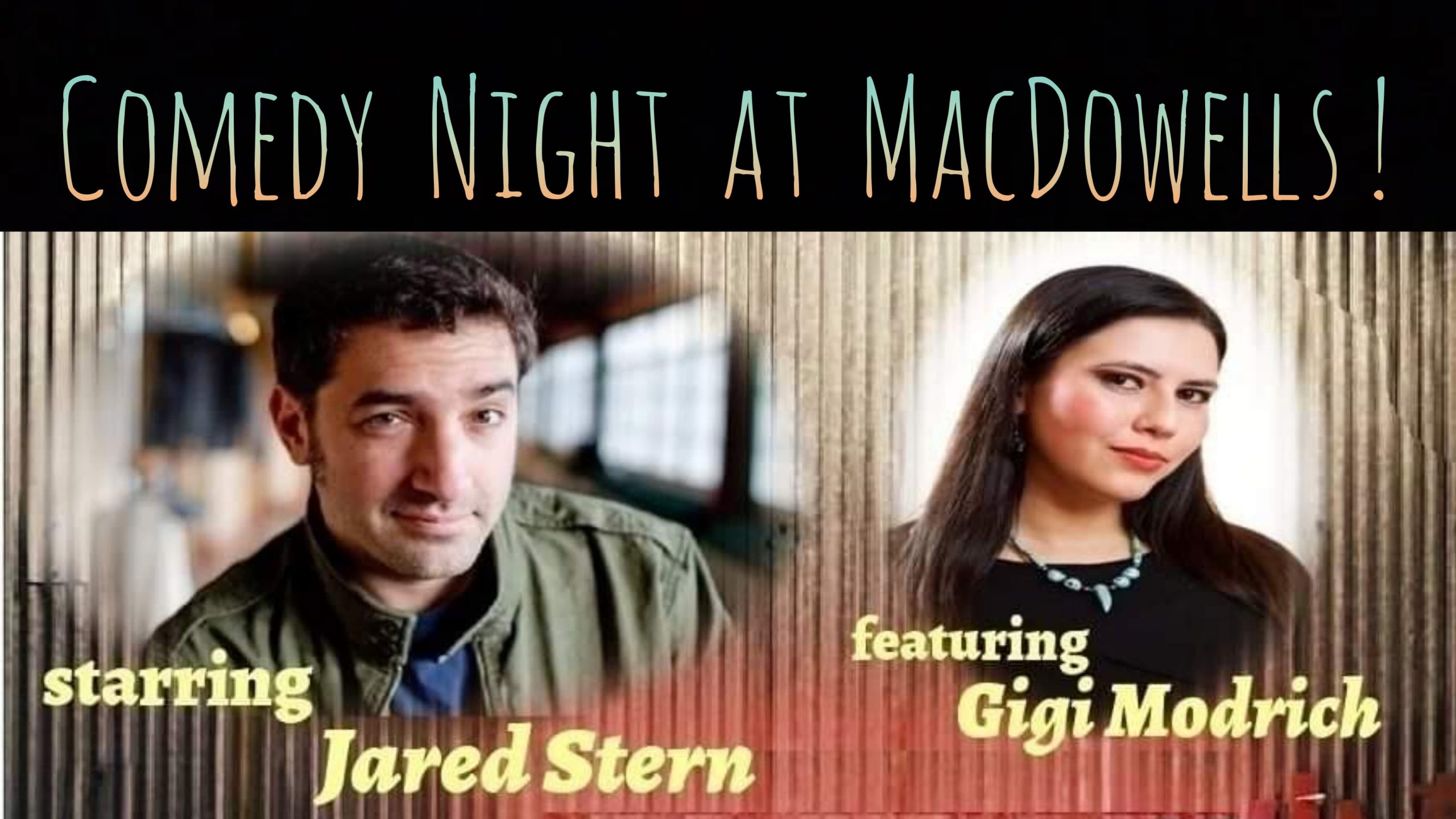 Jared Stern was voted Best Comedian in DC by the readers of the Washington City Paper (2013) as well as performing at What A Joke Fest (2017) & LaughFest (2018). His album, Strangers Laugh at Me, has been transcribed in the Library of Congress.

Gigi Morich is a law practitioner by day, comedienne by night. She’s performed at Dangerfield’s Comedy Club and Broadway Comedy Club in NYC, the DC Improv, Drafthouse Comedy Theatre, and The Big Hunt in DC, Cozzy’s Comedy Club in Newport News, VA the Funny Bone Comedy Club Restaurant in Richmond, VA, as well as at the 2018 Charm City Comedy Festival.

Other comedians to be announced…

Hosted by Amir Yazdani, a comedian and producer who runs the comedy venue Summer’s Restaurant in Arlington.

Purchase tickets thru this link: